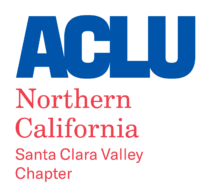 ACLU of Northern California's letter to San Jose’s elected leaders in opposition to a restraining order the city obtained against a resident and mother Cindy Chavez whose son was killed by San Jose Police Department   Posted January 27, 2023

To achieve true reproductive justice in California, we must look beyond Roe v. Wade.  by Arneta Rogers of ACLU-NC, posted July 3, 2022

Reparations is a Path to Restorative Justice   by Susan Hayase, posted May 11, 2022

ACLU Calls for an End to Curfews that Can Lead to the Abuses that are Being Protested  by ACLU of Northern California press release on June 1, 2020

California is About to Enact One of the Strongest Laws to Prevent Police Shootings  by Jennifer Rojas, ACLU of Southern California, posted Aug 19, 2019

Privacy and Free Speech: It's Good for Business  by ACLU of California, posted Nov 9, 2018

SB 1421: Right to Know about Serious Uses of Force and Proven Police Misconduct  by ACLU of California and coalition partners, Mar 29, 2018

How to make smart decisions about smart cities?  by ACLU-NC, published Nov 15, 2017